You are here: Home > Elastic Enterprise > Where To Next For Systems Infrastructure Vendors? – Part II 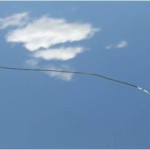 The crisis has not gone away and vendors are reshuffling their cards and stacking the deck in order to survive. The most recent big plays are the breakup of HP into an enterprise and a consumer company, Lenovo’s acquisition of IBM’s System x, BladeCenter and Flex System blade servers and switches, the acquisition of EMC by Dell and the shutdown of HP’s Helion Cloud.The hybrid cloud market is now the place to be for systems infrastructure vendors. This involves selling systems infrastructure into private cloud environments and at the same time forging alliances with public cloud providers to help enterprises mix and match traditional and cloud-based IT deployment models. IBM is the only vendor that is still competing head on with Amazon, Microsoft and Google in the IaaS market. Yes, Huawei is pondering a Chinese IaaS play and Dell still has a vertical healthcare cloud and is merging vCloud Air with Virtustream, but those are regional and hybrid cloud plays rather than attempts at global dominance. Also, Oracle’s hint at being the “one other” that would survive in the enterprise cloud market needs to be taken with a grains of salt. Currently Oracle does not even make it to the top three.

In order to help enterprises with a hybrid cloud strategy, the ability to have a single pane of glass that governs both private and public cloud-based IT deployment models now becomes paramount. The value that systems infrastructure vendors provide to customers is therefore shifting from separate server, storage, networking and software products to systems infrastructure portfolios that are glued together across the hybrid cloud by the vendor’s secret orchestration sauce. But with the added value shifting from hardware to software, it will become harder to ask a premium price for branded server, storage and networking components. At the forefront of the public cloud market, Amazon, Facebook, Google, eBay and others are already building their own systems with commercial of the shelf non-branded server, storage and networking components. This practice will trickle down into the enterprise market through initiatives such as the Open Compute Project.

Faced with shrinking margins and the threat of open systems and non-branded hardware, vendors are increasingly targeting the integration revenue associated with converging servers, storage, networking and software. VCE, for instance, can be seen as the integration arm of Cisco and Dell/EMC. Most of the custom integration work is now done by VCE in the factory, rather than by a reseller.

Looking at the big four – IBM, Dell/EMC, HP and Cisco – the key challenge for IBM is to manage the transition of becoming a systems infrastructure as a service company. If Softlayer’s rewards will take too long to materialize, IBM will run out of steam early in the cloud game. The key challenge for Cisco, Dell/EMC and HP is to create orchestration and delivery value rather than sell pure capacity and compute hardware. While hybrid clouds will serve as a revenue generator for them in the medium term, in the long term further consolidation looms as shrinking margins and continued price pressures will make it increasingly difficult to ask a premium for a branded systems infrastructure portfolio.