Last year we published an infographic covering the Top 1000 European Public Cloud Computing Providers. Since then we have updated our Dutch and Spanish Cloudscape and we are working on Cloudscapes for Sweden and Denmark (if you are interested in sponsoring these, please contact Simone de Bruin). For a closer look at the characteristics of the European SaaS ecosystem we have now combined the five countries we currently cover into a European SaaS Top 750. Check out the table below for more information (click on the picture to enlarge): 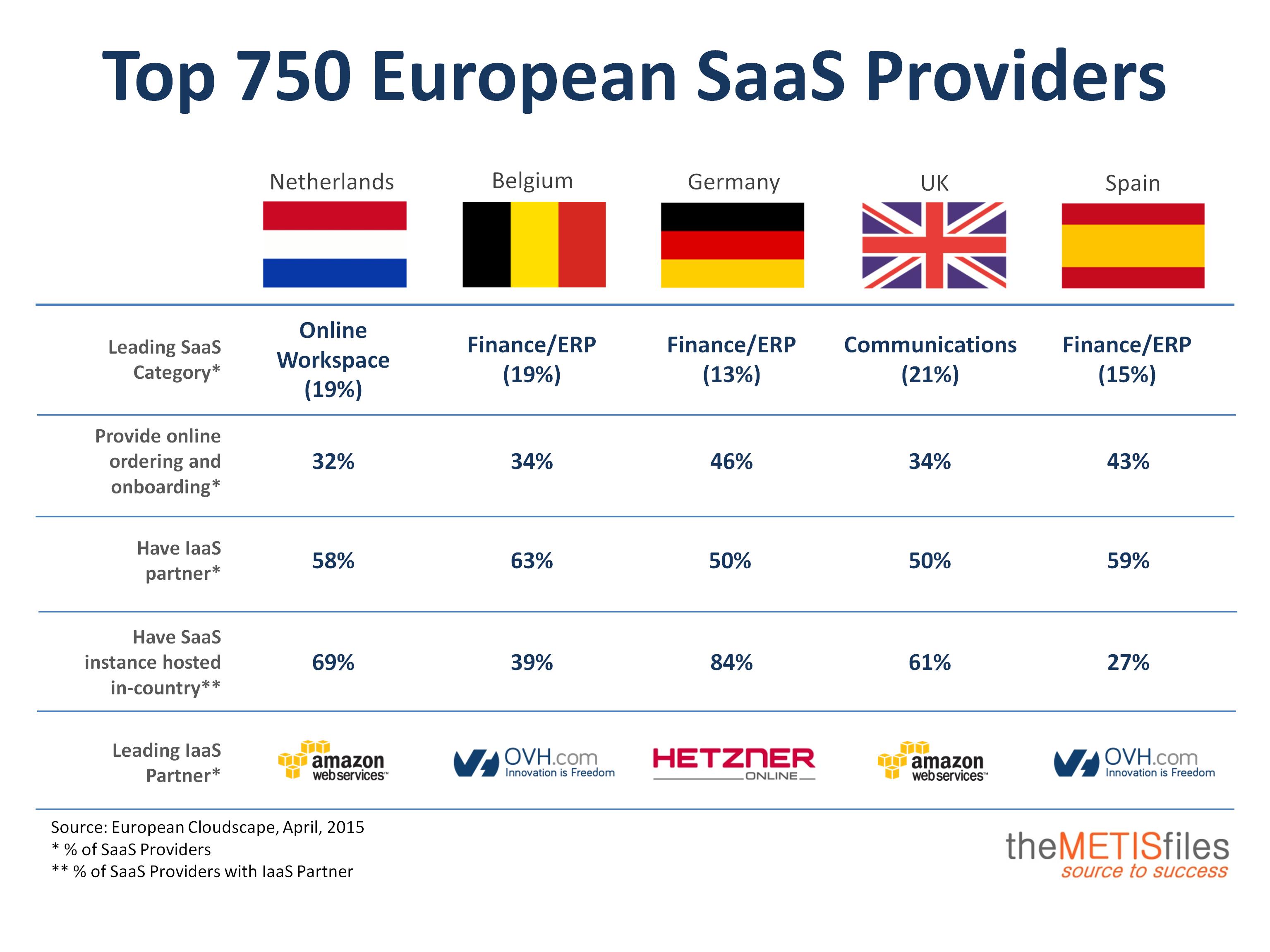 Some interesting characteristics of the European SaaS Top 750 include:

Check out our Cloudscapes for the Netherlands, Belgium, Germany, UK and Spain.

Four Scenarios For The Social Enterprise: It Takes Two To Tango!
Vodafone and the Enterprise Cloud
Dutch Public Cloudscape Update
Segmentation and Differentiation In The Cloud & Hosting Market