You are here: Home > Connected Consumer > Say Hi To Fi, Hello To FB, Bye To Telcos 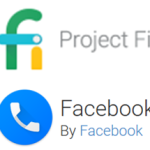 While the addition of voice to WhatsApp (owned by Facebook) is a relatively late move, the impact of adding voice capability to 800 million active monthly users can not be underestimated: further and deepened erosion of operator voice and SMS revenues.

Facebook Hello is a dialer for your android smartphone that connects call details with Facebook so you can see who’s calling, block unwanted calls and search for people and places. It’s like caller-id on steroids and can also connect with people and businesses on Facebook and call them with just one tap. It also lets you more easily make free calls over WiFi.

In today’s mobile telecoms world, there is no national roaming, communications is tied to the mobile operator’s network and a single device, and the service experience is a choice of contracts that are designed to make comparison between operators as difficult as possible.

In Google’s world, Google tells you what is the best connection (choosing between two 4G LTE networks and a million WiFi hotspots in the US), Google hangouts will give you easy communications across your devices and Google has just a single service plan.

Despite operator pushback, Google’s Project Fi is giving us a glimpse of a future where the new consumer platform players – Apple, Amazon, Facebook, Google, Microsoft – are taking advantage of the new value chain through offering experience bundling and roaming, either through a device/OS led strategy or through a social suite. In this future, telcos are breaking up to become servcos, netcos, capcos, connectcos, and webcos.