You are here: Home > Elastic Enterprise > Amazon Cloud: The Results Are In

AWS is a profitable business. In 2014, operating income was $660M yielding a 14% profit margin and a 36% share in Amazon’s total operating income of $1.8B. For comparison purposes, Rackspace posted nearly $1.8 billion in revenue and a $163 million net profit, giving it an operating profit of about 9%.

Check out the graph below for the key data sourced from Amazon’s Q1 2015 Quarterly Results. 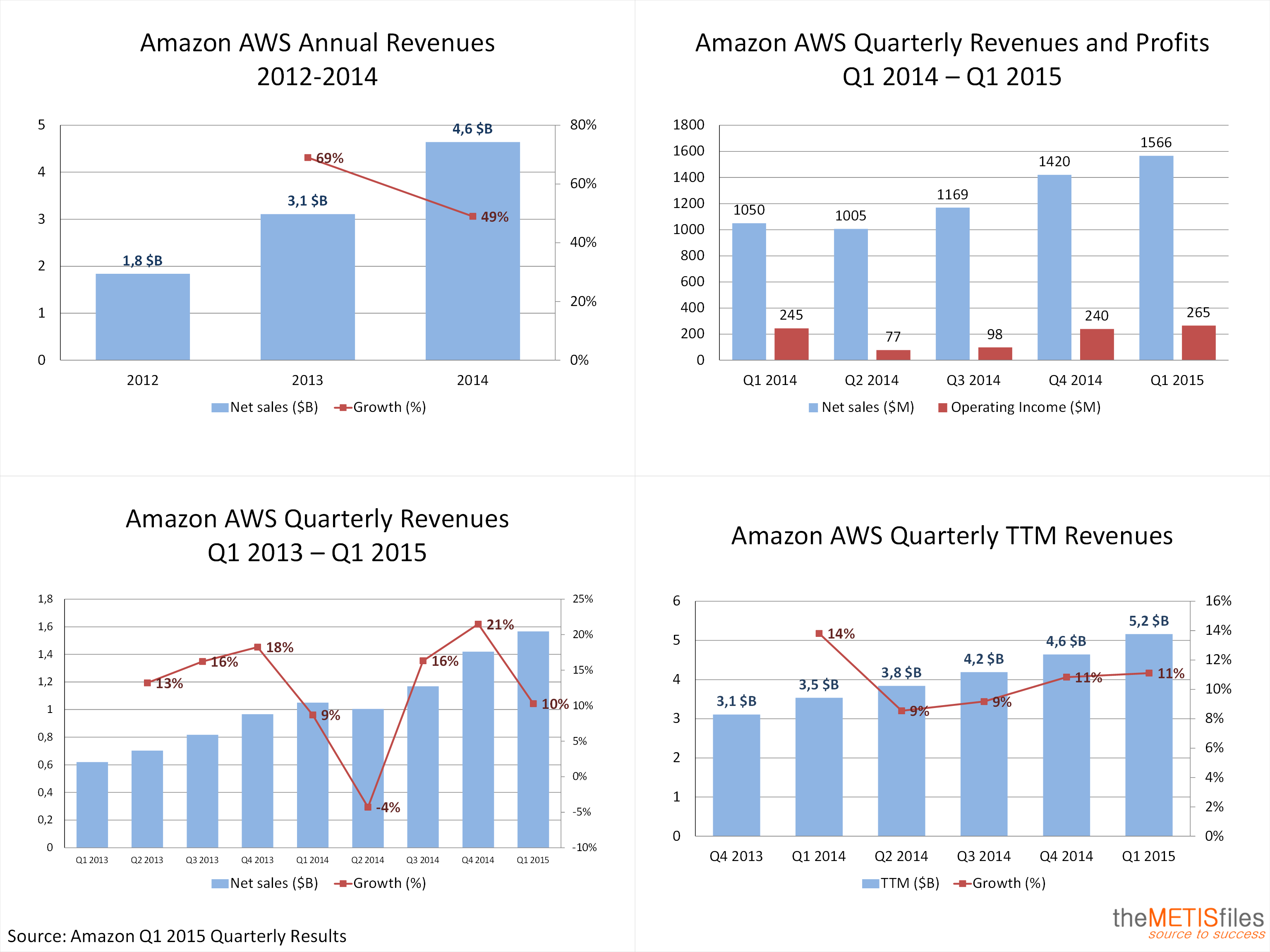 Bilderbeek Keynote at IT-Dagen 2011
How Apple, Cisco and Huawei Disrupted the Telecom Equipment Market
Segmenting The InterCloud Opportunity
You’re a Feature, Not a Product