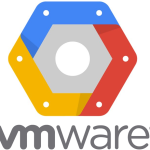 Last year we predicted 2015 will be a pivotal year for hybrid InterCloud alliances. On cue, Google and VMware kicked off this year’s alliance frenzy by announcing an agreement to integrate selected Google Cloud Platform services into vCloud Air.

To date, Google has been trailing behind Amazon, Microsoft and IBM in both worldwide public cloud revenues and in forging alliances with global and local service provider, software and developer partners. For instance, the top seven IaaS partners for local European ISVs do not include Google. The deal with VMware will not change that, but might give Google an opening into the enterprise market and possibly more credibility with local cloud and hosting providers.

In the mean time, VMware’s own vCloud Air public cloud service, while being a natural partner for enterprises wanting to extend their own VMware based infrastructure into the cloud, lacks the feature richness of market leaders Amazon and Microsoft. The deal with Google will enable VMware to catch up – just a little bit.

AWS Leads Dutch Enterprise SaaS Hosting (or does it?)
Segmentation and Differentiation In The Cloud & Hosting Market
Four Scenarios For The Social Enterprise: It Takes Two To Tango!
Expanding The Public Cloud Opportunity: How To Grow Your XaaS Portfolio