You are here: Home > Elastic Enterprise > 2015 Will Be A Very Interesting Year for Hybrid InterClouds 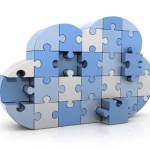 Global cloud suppliers are investing heavily in building out their infrastructure across the globe and in Europe. We recently reported on the new Amazon cloud in Germany, complementing the existing AWS cloud in Ireland. But there is plenty more activity. IBM’s Softlayer already has cloud facilities in London, Amsterdam, Frankfurt and Paris and is planning to open up more PODs around the region including at least one more in The Netherlands. Microsoft Azure has existing cloud facilities in Amsterdam and Dublin and we expect a German cloud facility to be in the works. VMware is expanding its vCloud Air offering to Germany, complementing its existing UK location.

Increasingly, large public clouds are not only accessible through the Internet but also through private links. Amazon can be reached through its Direct Connect, Microsoft through its ExpressRoute, Softlayer through its Direct Link and VMware through its vCloud Air Connect. Data centre providers Telecity Group (Cloud-IX), Equinix (ECX) and InterXion (CloudConnect) are actively positioning themselves as central hubs in the cloud connect game, linking up global with local clouds.

At the same time, local European cloud and hosting providers that have been busy building out their local infrastructure (check out our cloudscape research to find out who they are) are looking to capitalize on the hybrid cloud opportunity. While for some this means that they will remain distinctly local and provide their own private, hybrid and public cloud offerings, others have started to forge alliances with global cloud providers to complement their own offering. Some examples of alliances between local and global cloud suppliers in the Benelux region in 2014 include:

The above three announcements are only a precursor to a slew of alliance announcements that we expect in 2015. We believe that more local cloud and hosting providers but also other service providers will develop hybrid cloud alliances with global clouds such as Azure, Amazon, Softlayer, VMware vCloud Air, Google, HP Helion and others. Through positioning themselves as cloud integrators and orchestrators they can continue to play an important role for their customers. But hybrid clouds are only an interim stage in the big private to public cloud switch. Longer term, say within three years from now, we expect to see smaller service providers starting to phase out their own private infrastructure. By that time they can no longer compete with the innovation drive and global scale that the larger players offer. Instead they will focus on InterCloud management.

Expanding The Public Cloud Opportunity: How To Grow Your XaaS Portfolio
Digital Ecosystems: To Lead, Protect Or Serve?
Belgian SaaS Accounting Providers Stuck In The Dark Ages
Transformation: From Traditional To Digital Economy