Three weeks ago we published our Top 1000 European public cloud computing providers infographic, covering the local cloud provider ecosystem in Belgium, Germany, Netherlands, Spain and the UK. The infographic shows, amongst other insights, that 71% of European cloud providers are SaaS providers and that 54% of those partner with an IaaS vendor for managing their production software site. In our partner ecosystem research we also look at who these IaaS partners are. 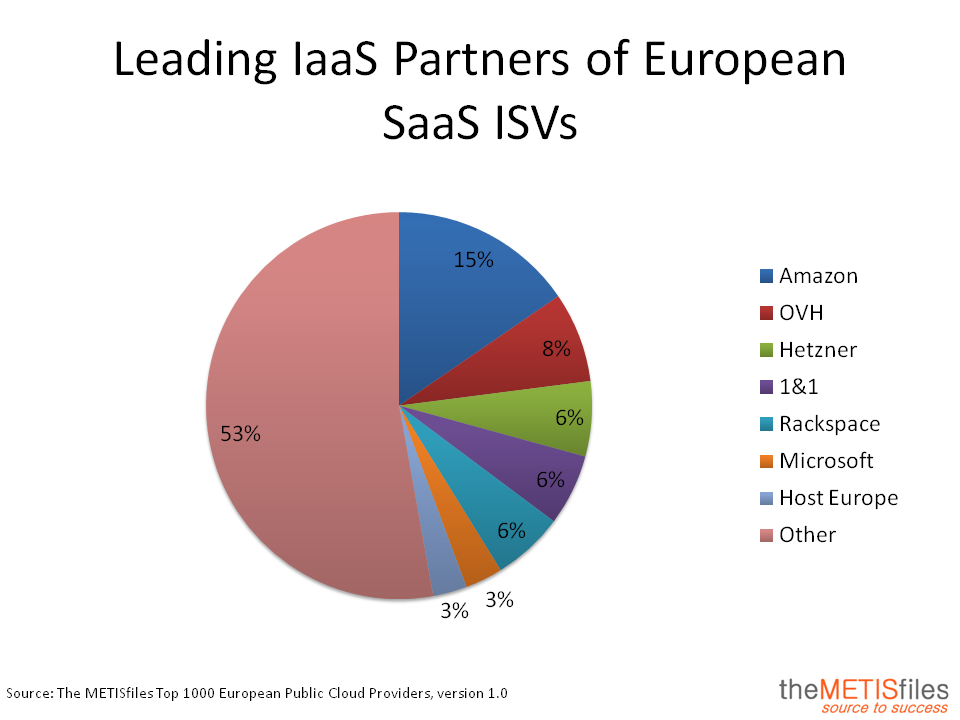 Want to know more? Check out the market shares for Belgium, Germany, Netherlands, Spain, and UK.