At the same time, the nature of finance and insurance  jobs is changing, offering more chances for the higher educated: Big Data, security and app/web development to name a few.

Despite the loss of jobs, the sector has increased its share in the Dutch gross domestic product from 6% in 2006 to 8% in 2012. A quick graphical representation shows the net effect of the ongoing digitalisation in the Dutch financial sector: fewer jobs, increased productivity. 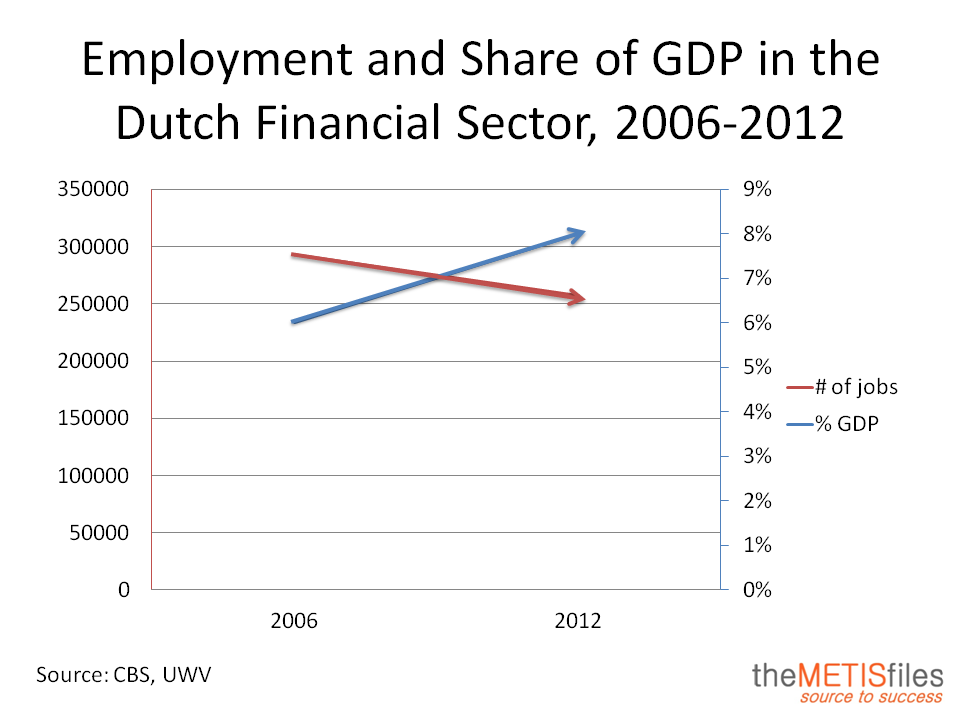 Check out our coverage of the Digital Economy.

Unifying The Social Multinational
Four Scenarios for Digital Europe: Are We Ready?
From Unified To Social Communications And Collaboration
Where To Next For Systems Infrastructure Vendors? – Part II