You are here: Home > Elastic Enterprise > AWS Leads Dutch Enterprise SaaS Hosting (or does it?) 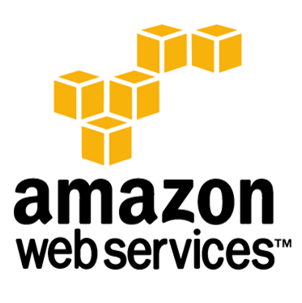 14 percent of Dutch SaaS vendors that do not manage their own compute infrastructure have their production site hosted on Amazon Web Services (AWS). Read on to find out more.

Last year Werner Vogels, CTO of Amazon Web Services (AWS), provided information on some of the Dutch customers of AWS. In an interview with NU.nl Dutch startups Mobypicture, Layar, Fashiolista, Usabilla, Foodzy, Wetransfer, Kuvva, and Presentplus were mentioned. On his own blog, Werner referred to enterprise IT customers such as Shell, Unilever, and Essent and SaaS customers such as TomTom and Ohpen.

While updating our Dutch Public Cloudscape – an updated version will be online within a couple of weeks – we took a quick look at the Dutch Enterprise SaaS players in our new sample (over 200 companies) and how they have arranged their compute infrastructure needs (we are looking at live production sites here, not development). First of all, it is not easy to find information about who is hosting what as SaaS players do not as a rule publish this information on their website. We wonder why SaaS providers are not more open about this as potential customers are likely very interested in knowing where and under which country’s jurisdiction their data will be stored. A phrase like “your data will be stored in our Dutch datacenters” is meaningless unless the customer knows which datacenters providers and which infrastructure owners are involved.

Within 24 percent of our sample, we were thus unable to identify SaaS infrastructure location and ownership through the website or through IP address lookup. We found that another 35 percent owns and runs their own compute infrastructure, usually – but not always – located in one or more Dutch datacenters. The remaining 41 percent do not run and manage their own infra but have engaged with hosting providers.

Within those 41 percent, the leading hosting provider is AWS, commanding 14 percent market share.  Earlier mentioned Usabilla and Ohpen are just two examples of AWS hosted Dutch SaaS players. However, large Dutch SaaS providers such as Exact (Rackspace), Reeleezee (Basefarm), and Viadesk (Cyso) to name a few, are not using AWS for production sites.

In a nutshell, while AWS is gaining traction with Dutch SaaS players and a core banking platform such as Ohpen is hosted on AWS, the large majority of Dutch connected workers that consume popular Dutch SaaS services are being served from non AWS hosting platforms. As we continue our research on the Dutch (and European) cloudscape we will keep you up to date with developments on AWS market share. Stay tuned!