You are here: Home > Elastic Enterprise > Cloud-Born Or Legacy Constrained?

Which organisations are best placed to adapt and benefit most by fully embracing the trend towards cloud-based business models? Whether or not you have legacy has got a lot to do with it:

Cloud-based business models leverage a shared infrastructure that provides elastic compute resources. These resources are packaged and bundled and sold as-a-service, usually for a monthly per seat or resource instance based price. The market for public cloud services is still small today but growing quickly. For the next couple of years we predict that public cloud spending in the Netherlands will increase from €439 million in 2012 to €1,173 million in 2016, a CAGR of 29%.

Companies that have leveraged cloud-based business models from the start, such as Salesforce and Amazon (AWS, Amazon Web Services), are the ones that have no legacy today and are best positioned to profit from the growing public cloud market. But there is a host of other companies that have legacies. The figure below provides a snapshot. 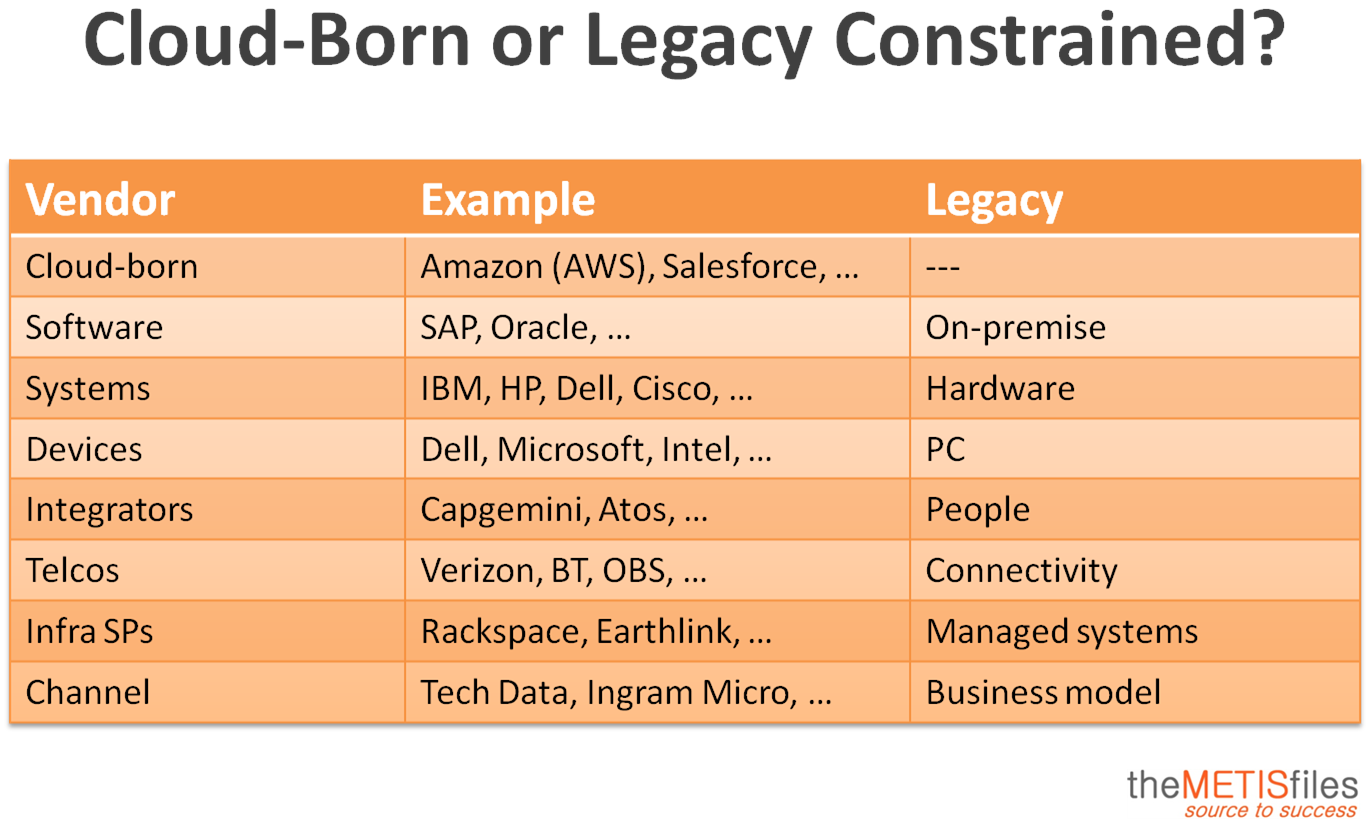 The Big Switch: From BPO To BPaaS
Top 750 European SaaS Providers
The Four Types of System Architectures
The Future Of The Network Is Software Defined