You are here: Home > Elastic Enterprise > Hyperscale, Hyperconvergence and Hyperappliance

We are at the beginning of a significant shift in system and supplier strategies, where established and acquired Intellectual Property is being used to get closer to a complete offering than the days of the mainframe and Unix minicomputers. These systems differ in being built for the large part on standard components and incorporating some Open Source software. 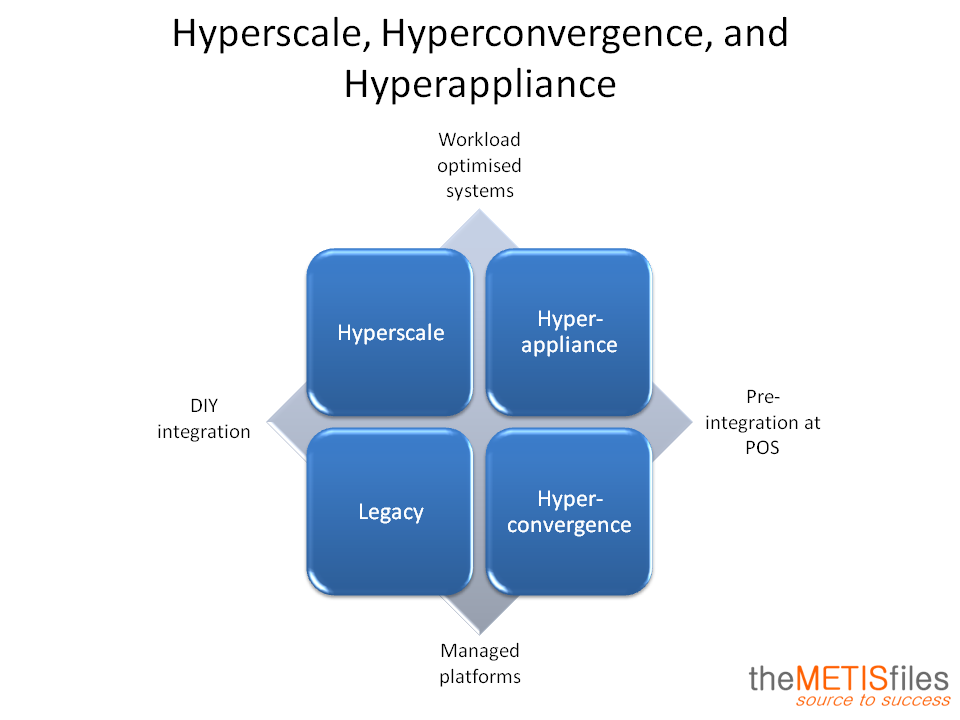 Trend #1 is about making systems more workload specific, the ultimate consequence of this approach being a system built for one specific workload, for instance the Oracle Exadata Database Machine, something which we call a Hyperappliance.

Trend #2 is about integrating servers, storage and networking into a single converged system capable of running multiple types of workloads. The ultimate consequence of this approach are hyperconverged systems built by vendors such as Nutanix (VCP) and Simplivity (Omnicube).

There is a third trend, however, that system vendors are unable to capitalize on today and that is in the area of hyperscale. Web giants such as Google and Facebook design their own systems and outsource the manufacturing work because they cannot get the systems they need today from the likes of IBM, HP and Dell. In the OpenCompute project they share their findings with other web players to create and open source community for others that want to build Facebook and Google like technology.

While vendors propose new systems, users already have converged and integrated systems by definition if their workloads run on top. The questions are ‘how much of the responsibility to give one supplier?’, ‘how stable and standard is my evolving architecture?’ and ‘can I make significant savings in time, money and hassle by adopting their proposal?’

The METISfiles and ITCandor have launched a joint study that addresses those questions, for more information check here or have a look at our summary slide deck below.

The Future of Converged Systems and Integrated Systems from Pim Bilderbeek
Share and Enjoy: