You are here: Home > Connected Consumer > Big WiFi Is Back 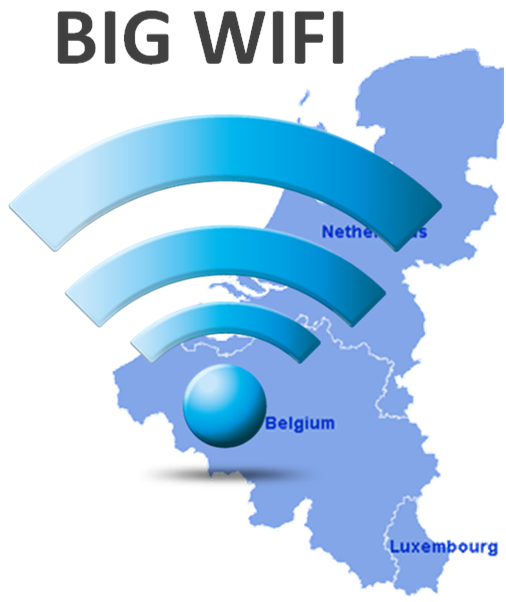 There is a new WiFi wave reminiscent of the optimism in the last decade when the public wireless hotspot  startup phenomenon was in its heydays. I am referring to it as Big WiFi, because some of the new wave providers’ focus on WiFi coupled with social (big) data and advertising and the ambitions of most of the (new) WiFi providers are to deliver large scale coverage.

Dutch startup SO WIFI (short for Social WiFi for everyone) provides a free WiFi access router and a Facebook page. Visitors get free WiFi by liking or checking into the location. Location owners get a customised Facebook page, more potential customers and brand awareness. SO WIFI claims 800 locations to date and adding 250 new locations per month.

Facebook is popular with WiFi wannabes, Instabridge – a Swedish startup – has launched an app that let’s your Facebook friends use and share your WiFi without sharing your password. Check this video to see how it works. Like Twelephone – linking WebRTC with Twitter – Instabridge is cleverly using a popular social media network as a potential member list for their services.

ZapFi, headquartered in Luxembourg with sales operations in Belgium, the Netherlands, Germany, France, UK and Italy, offers a network of free-to-consumer Wi-Fi hotspots and aims to deliver consumer insights that drive precise, one-on-one mobile marketing campaigns with the desired audience based on consumer segmentation.

Dutch startup Bullseye wants to flood the city centres of 37 Dutch cities with free WiFi. Bullseye aims to make money from advertising. Users need to install an app and will get short 3 second push or popup advertisements every 5 minutes in exchange for free high speed WiFi. Location owners and cities do not have to invest any money either. Skype calls and video viewing will not be interrupted with advertising. Check out this excellent video interview from Omroep Brabant to find out more.

But it is not just start-ups that are aiming to deliver the Big WiFi experience. Mobile and fixed operators are revisiting the WiFi opportunity for both defensive and offensive reasons.

Vodafone is looking to trial WiFi deployments linked to their small cell (3G and 4G) trials in major cities in the Netherlands. Vodafone wants to improve the customer experience and help to reduce load on the core network.

Earlier this year KPN entered into an agreement with global hotspot provider FON. KPN customers get access to FON’s 7+ million WiFi hotspots worldwide in exchange for opening up their own home WiFi to FON visitors. FON has similar deals with BT and Belgacom amongst others. FON is also eyeing the social WiFi opportunity and integration with Facebook in their WiFi for business and enterprise programs. KPN is also investigating the integration of WiFi and 4G through a pilot program with Dutch educational network provider SURFnet.

Dutch cable provider Ziggo is rolling out WiFi to all Ziggo users with a Ziggo WiFi modem. Ziggo claims to be able to power over a million WiFiSpots this way. Only Ziggo users that participate in the program will be able to make use of WiFiSpots. The WiFiSpots are complementary to the LTE network that Ziggo/UPC will roll out regionally. Cable providers UPC and Zeelandnet will potentially join the WiFiSpot network to deliver a bigger footprint.

T-Mobile has been a hotspot pioneer in The Netherlands and has just renewed its deal with Dutch railway operator NS to provide free WiFi plus NS TV and travel information in 300 Dutch InterCity trains. The operator is about to launch a WiFi zone in Rotterdam, ad-free and secure, but the catch is that WiFi data usage will be deducted from the data bundle.

Three trends drive the resurrection of Big WiFi. First, the penetration of WiFi enabled devices is much higher today than it was in the last decade, where the opportunity was more about connecting laptops rather than smartphones, tablets and things. Second, operators are looking to complement 3G and 4G infrastructure with smaller (WiFi) cells to ease congestion in the access network. Third, the demand for big (social) user generated consumer data is insatiable and providing free access in exchange for user generated data is a model that is more likely to work today than in the past.

However, the jury is still out whether free WiFi is viable business model and whether independent WiFi providers can go it alone without forging agreements with operators. The graveyard is filled with companies with a free WiFi service business model. FON’s real growth spurt came only after its agreement with BT. Also, users should be weary of operators that want to take control of their choice in access networks in return for a “seamless” experience. They might find that the operator’s choice of WiFi access in a certain location might not be the best and lowest cost option. Last but not least, WiFi networks can be less secure than 3/4G networks because SSID names do not tell you who really owns the WiFi network.