You are here: Home > Elastic Enterprise > Where To Next For Systems Infrastructure Vendors?

Systems Infrastructure vendors (e.g. IBM, EMC, Cisco, Dell, HP and others) have been selling on-premise systems (e.g. servers, storage, networks) to enterprises for donkey’s years. But with enterprises increasingly buying IaaS services from the likes of Amazon and Rackspace they are now looking to sell more infrastructure to IaaS players. Many are copying Cisco’s first move into this new area with its Unified Computing System and are starting to market CI gear towards hosting and IaaS providers. Some are also strategically positioning to become IaaS players themselves. But will they succeed? There are some hurdles on the way. 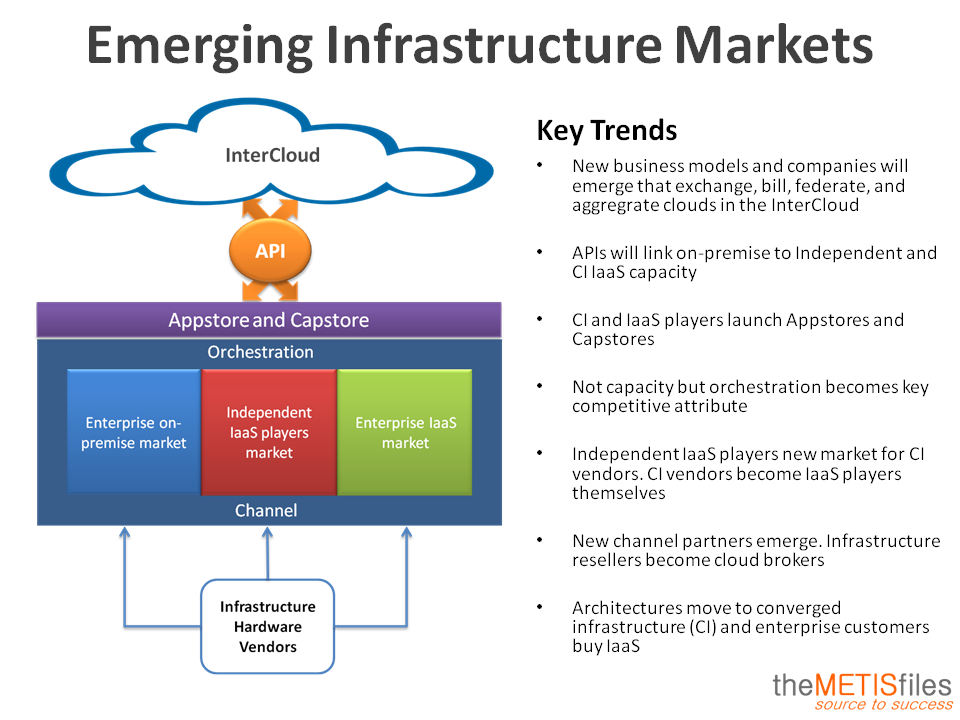 In the enterprise on-premise market, the key challenges will be to:

In the independent IaaS player market, the key challenges will be to:

Where To Next For Systems Infrastructure Vendors? – Part II
Dutch Public Cloudscape Update
Do Telcos Have Klout In Cloud?
2015 Will Be A Very Interesting Year for Hybrid InterClouds