You are here: Home > Insights > Is Juniper Fighting The Right Cisco? 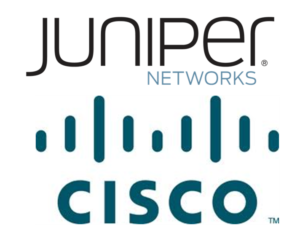 At its annual global partner conference in Las Vegas, Juniper Networks unveiled its software-defined networking (SDN) strategy. SDN is about separating the network router and switch data plane (hardware that does packet forwarding) from the control plane (logic that controls packet forwarding). In SDN the control path decisions are taken out of the switch and managed by software on a centralised server. In other words, SDN is about providing a programmable interface into the infrastructure to modify network behaviour and delegate the control capability to other IT systems. The disruptive aspect of SDN is that it potentially opens up today’s vertically integrated distributed control networking gear and allows standard switch hardware to be controlled centrally via OpenFlow through an SDN controller.

Juniper’s SDN vision is to build its own software-defined networking stack, based on OpenFlow but with more (proprietary) capabilities. So while Juniper’s gear will have OpenFlow APIs, you can only get the real secret sauce (called service chaining) through Juniper’s SDN stack. In the mean time, Juniper will provide northbound APIs so cloud orchestration vendors like VMware can control Juniper’s SDN. So far, so good, no surprise there, other networking vendors are building their own SDN flavours as well, trying to stave off the commoditisation of network hardware.

More interesting, Bob Muglia – executive VP of Software Solutions at Juniper – attacked Cisco and said they will have a much harder time transitioning to SDN, questioning Cisco’s ability to get all of its business divisions focused on a common SDN goal. But he might be fighting the wrong Cisco.

At the recent Consumer Electronics Show (CES), also in Vegas, John Chambers explained Cisco’s ambition to become the number one IT company. SDN (and networking, for that matter) is only part of Cisco’s strategy. Its common goal is to become a key player in the converged infrastructure market. Cisco is already selling data centre gear that merges servers, storage, networking and orchestration in a single chassis.

Juniper should take care it is not exclusively fighting an SDN battle, while the converged infrastructure war is being won by Cisco.