We have just updated our Dutch public cloud market sizing and forecast. Key finding: by 2016, enterprise public cloud spend will surpass the €1 billion mark to reach €1.2 billion. Below you’ll find a snapshot of the results. 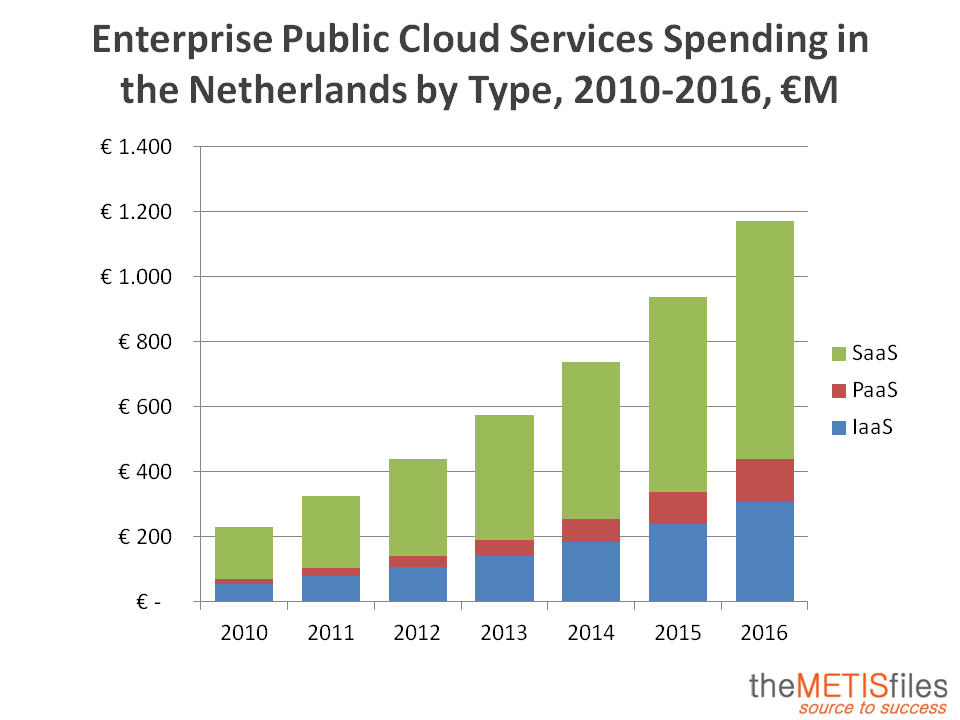