You are here: Home > Elastic Enterprise > Do Telcos Have Klout In Cloud? 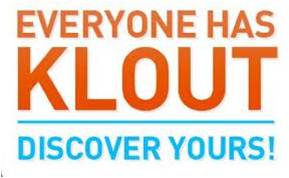 Cloud computing can play an important role in lowering costs for telecom operators and make them more nimble and agile. But the jury is still out whether telcos can compete in the cloud services market. Yet, with traditional revenue streams like voice, messaging and data increasingly being threatened by regulation, competition and over-the-top (OTT) players, gaining share in the fast growing cloud services market will be necessary to maintain relevance and ensure revenue growth.

In the consumer cloud space, popular services like webmail, storage, synchronisation, music and social networking are being delivered by OTT players such as Microsoft, Google, Apple, Dropbox, Spotify and Facebook.

In the enterprise cloud space, software as a service (SaaS) is redefining the vendor landscape, with cloud-born vendors like Salesforce taking the lead in CRM. Application categories like HRM, ERP and Office Productivity are following suit. Platform as a service (PaaS) is becoming more entrenched with Google Apps, Heroku, Force.com and Azure focusing on specific or generic application based development. Infrastructure as a service (IaaS) is becoming more popular with cloud infrastructure players like Amazon specialising in delivering low-cost and elastic storage and compute services.

But telcos are fighting back to regain relevance.

In the consumer space, Vodafone and Deutsche Telekom have launched the Vodafone Cloud and the Telekom Cloud. Telcos are having some success in enterprise SaaS through combining cloud with UCC and FMC to deliver converged services. In addition, many telcos have started reselling Microsoft Office 365 and Google Apps as part of a larger services suite. Last but not least, telcos like Verizon and Telefonica are acquiring and partnering with IaaS players like Terremark and Joyent.

But telcos should take care that they are not falling into the trap of becoming providers and resellers of dumb cloud services. Instead they should build smart cloud platforms that offer differentiated value-add rather than specialise in delivering commodity low-cost and elastic storage and compute services. Instead of focus on product reliability and reach they should focus on organisational flexibility and agility and customer intimacy and relevance. Telcos that think they can make it in cloud because they have a strong brand, large customer base, end-end SLA, and billing capability, should think again.

Q: Are you giving telcos +K on cloud computing?