You are here: Home > Elastic Enterprise > Ninety-nine and a half just won’t do 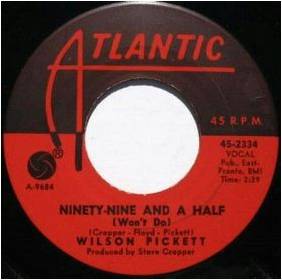 In matters of the heart you got to have a hundred, as Wilson Pickett sang in 1966. However, in matters of the (public) Cloud we are only getting 99.9% availability or less today according to the International Working Group on Cloud Computing Resiliency (IWGCR) formed in March 2012 by Telecom ParisTech and Paris 13 University. In their first Availability Ranking of World Cloud Computing (ARWC) they estimate the average unavailability of Cloud services to be 10 hours per year or more. How much more? They don’t know exactly, as the measurements they use rely on public press reports. They are working on refining the method, though. But clearly it is more, as not all downtime events will have triggered a press mention. The service availability levels they calculated vary only a little over five years from 2007 to mid 2012 and are based on a group of 13 Cloud services. These include travel reservation (Amadeus), social networking (Facebook), hosting services (Server Beach), IaaS (AWS), payment services (PayPal) and webmail (Gmail) amongst others.

Three nines availability roughly equates to 9 hours downtime per year. This is too much for a mission-critical system. But for a free social networking service like Facebook it is not bad. For a paid-for business Cloud service we expect more. But don’t expect public Cloud services vendors to offer five nines of reliability in the near future. Having said that, Amazon says it guarantees 99.95% availability for their Elastic Compute Cloud, or just over 4 hours of downtime.

But how much do you need?

Well, it all depends. First of all, it is good to have at least a service availability commitment from your public cloud services supplier, so always make sure to check the fine print. With competition heating up and usage increasing, more public Cloud services suppliers will be compelled to start offering SLAs. Second, you have to ask yourself whether you’ll really need five nines of availability for every single IT service and system in the enterprise. Third, you have to ask yourself whether your own IT organisation is capable of delivering better availability than the public Cloud in the first place.

Balancing availability, cost, and time-to-market on an application and system basis is the way to go forward. Treat mission-critical systems with the caution they deserve and roll-out less critical applications with the speed that your customers require.

One thing is clear. Even for public cloud services, ninety-nine and half availability, or 2 full days of downtime per year, just won’t do. Wilson Pickett agrees.

Telcos Beefing Up Cloud Efforts
Restructuring Plan Will Not Solve KPN’s Problems
Business Computing: Past, Present and Future
How To Lead In The New Mobile Economy