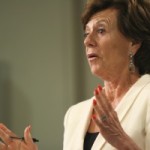 While we were focused on preparing our CIO Travel Guide For 2012, we also prepared a set of more traditional predictions for Digital Europe and recommendations for ICT vendors as part of a “crowd-forecasting” exercise of independent ICT Analyst and “Boutiques”.

The threat of a digital divide keeps looming over Europe, as The Netherlands is the only European country where parliament embraced Net Neutrality and banned (mobile) operators from blocking or charging consumers extra for using Internet-based communications services like Skype or WhatsApp.

Concern about the reliability of online services will remain and Internet outages will occur and will get disproportional attention from the press. Consumers and businesses alike will increasingly be hit with security and privacy issues.

Despite the disconnected government, Europe will become increasingly dependent on the 100% uptime of critical digital functions like telecommunications, Internet, mobile networks, computing power, and access to data. Governments will need to ensure that critical digital functions will be available to citizens, government, businesses and other entities that must have access to those functions. Digital society continuity management will become an important new discipline that governments will need to master.

To successfully navigate the above, ICT vendors will need to:

The full set “ICT Predictions 2012”, with a particular focus on Europe, can be found here.

Three out of Four Spanish SaaS Vendors Hosted Abroad
From IT department to cloud service desk
Twelve Reasons Why Telcos Will Not Dominate Cloud Computing
Say Hi To Fi, Hello To FB, Bye To Telcos