While we are working on developing our market sizing and forecast study for the public cloud, scheduled for release next year, we figured it would be a good idea to give our blog readers a sneak preview. So here goes…..

We estimate that Dutch businesses (from very small to very large) will spend €324 million on public cloud services in 2011, an increase of 41% compared to €230 million spent in 2010. Software as a Service (SaaS) represents the largest portion of public cloud, growing 37% from €161 to €222 million. Infrastructure as a Service (IaaS) is the second largest segment, growing 48% from €53 to €79 million. Platform as as Service (PaaS) is the smallest section, growing 49% from €16 to €23 million.

Key drivers for businesses to increase their public cloud spend include decreased time-to-market, a desire to move to predictable usage based pricing, increased scalability, and increased mobility. Key inhibitors include security and compliance concerns, vendors offering immature solutions, the inability to customize one-size-fits-all solutions, and the need to integrate public cloud solutions with legacy IT. 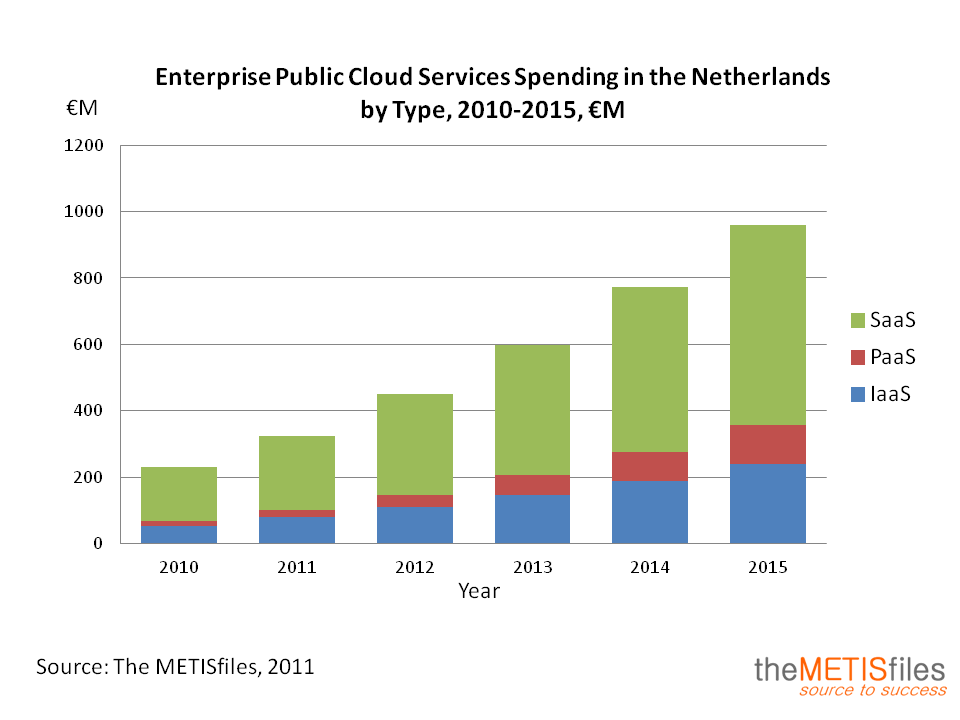 This forecast is based on the patchy cloud scenario as described in our public cloud scenario analysis. We believe this scenario to be the most likely permutation of the public cloud future, because security and compliance concerns will not go away in the short terms. In fact, highly visible and public “cloud failures” will continue to negatively influence buyer decision making. If the “happy cloud” scenario becomes more likely, growth will accelerate. If the “exclusive cloud” scenario becomes more likely, growth will decelerate.

We use the NIST definition for cloud which can be downloaded here. Public cloud is only one of the many types of cloud, check out how the METISfiles positions public cloud against seven other computing styles.

Some (non-exhaustive) examples of vendors providing public cloud services can be found in the table below. 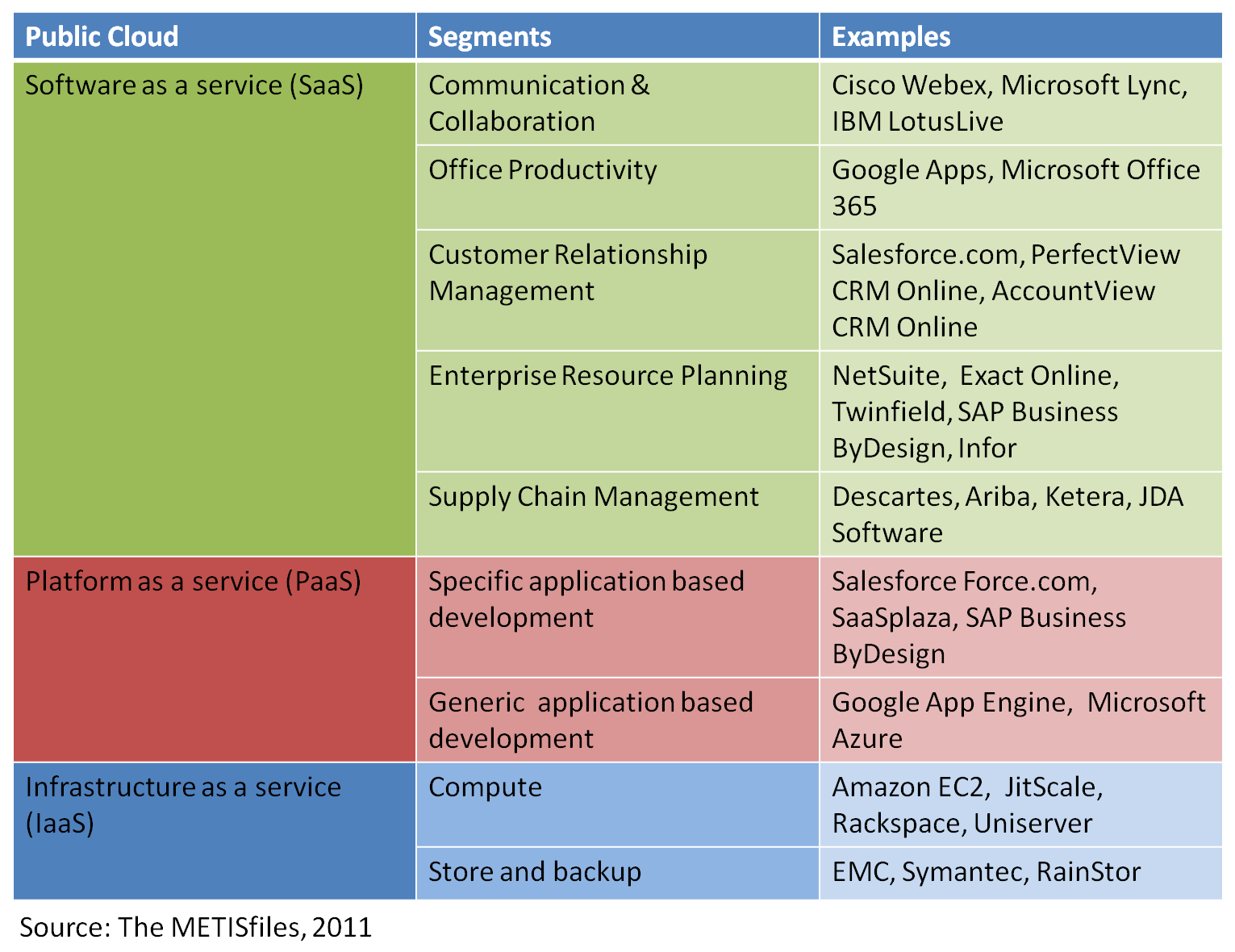 The METISfiles believes that on-demand consumption of IT and Telecommunications infrastructure, platforms, software and services will be the new ICT paradigm for the new elastic enterprise. True public cloud services, though much discussed, are still in its infancy but will outpace ICT spending in any other ICT area.

Our upcoming research in 2012 will further size and forecast the public cloud opportunity by segment, by channel, by company size, and by vertical market. If you want to share your view on public cloud trends and developments, please let us know!